Do You Really Feel the Way You Feel? 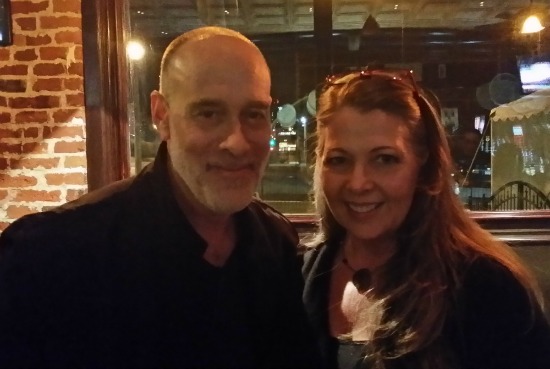 Our song has to come from our place. From our truth. And that isn’t a religious experience. It’s a spiritual experience.

Do You Really Feel the Way You Feel?

What happens when a Jewish boy from Cleveland goes to Memphis to hear the great Al Green preach?

He finds a clue to his truth. And he writes music he can fall in love with, that is his alone.

Tonight we went to see Marc Cohn perform. I won’t try to capture that experience for you, you had to be there. And I hope you find a way to be in his audience sometime in this lifetime.

We knew he’d play “Walking in Memphis” because it’s his signature song. And we knew he was a consummate story-teller, you can tell that by listening to him sing.

But we didn’t know we’d get to hear him tell the story of how “Walking in Memphis” came to be.

You’ll have to get him to tell you the story of being one of three white faces in Al Green’s Full Gospel Tabernacle Church. Although he did mention that it was enough to make him wonder “if my people had it wrong all along.”

It was the person he DIDN’T go to see that inspired “Walking in Memphis” as well as several other songs on his first CD.

Muriel sang gospel. Not modern gospel. Not pop gospel. Old timey gospel like “Nearer My God to Thee” and “His Eye is On the Sparrow.”

You went to the restaurant and ate fried pickles and catfish, but the real reason you went was to hear Muriel sing. And Marc and his friends went.

He chatted with Muriel during her breaks. He told her was a struggling song-writer. And that he hadn’t yet written anything he really loved, but he knew he had it in him.

So she asked him to come up and sing. And they realized they didn’t know any of the same music. That gospel she was singing wasn’t exactly on the program in his Temple back home.

But she fed him the words line by line, and he picked up the melodies. And they sang.

At the end of the night, Muriel told him to go home and write HIS songs.

He went back about eight months later and sang his songs for Muriel. She listened to some of the songs that are now the reason people line up to buy his greatest hits CD, and she loved them all. But she told him that the one that mentioned her, that one was the best.

Telling that story, Marc didn’t talk about his faith. He didn’t say he converted, or that he didn’t. What he said was that he found the source of HIS music, the vault inside him opened and there it was, waiting for him to invite it out to play.

When you listen to “Walking In Memphis” (I’ve shared the official Youtube video below) you’ll hear him pose a question; “Do I really feel the way I feel?”

It’s hard isn’t it, almost impossible, to bring out our song when we aren’t really feeling what we feel?

Because our song, whether that song takes the shape of music or words or paint or building houses or businesses or surfing the internet or the waves, our song can’t be expressed from a place that we don’t own.

Our song has to come from our place. From our truth.

It took the gospel to open him to that experience. But for me, raised on songs like “In the Garden” and “Precious Memories” and “On the Wings of a Snow White Dove” I had to learn that gospel holds a piece of my heart. But it does not hold my truth.

But perhaps it just takes moving past what we BELIEVE we are or aren’t and discovering something broader and deeper than we could have believed in before.

As the song says; “Tell me are you a Christian child? And I said: ‘Ma’am I am tonight!”

My thanks to Marc for his music, his graciousness, and his truth. For figuring out how he really felt, and sharing it with us.

The world is richer for him, and for Muriel.